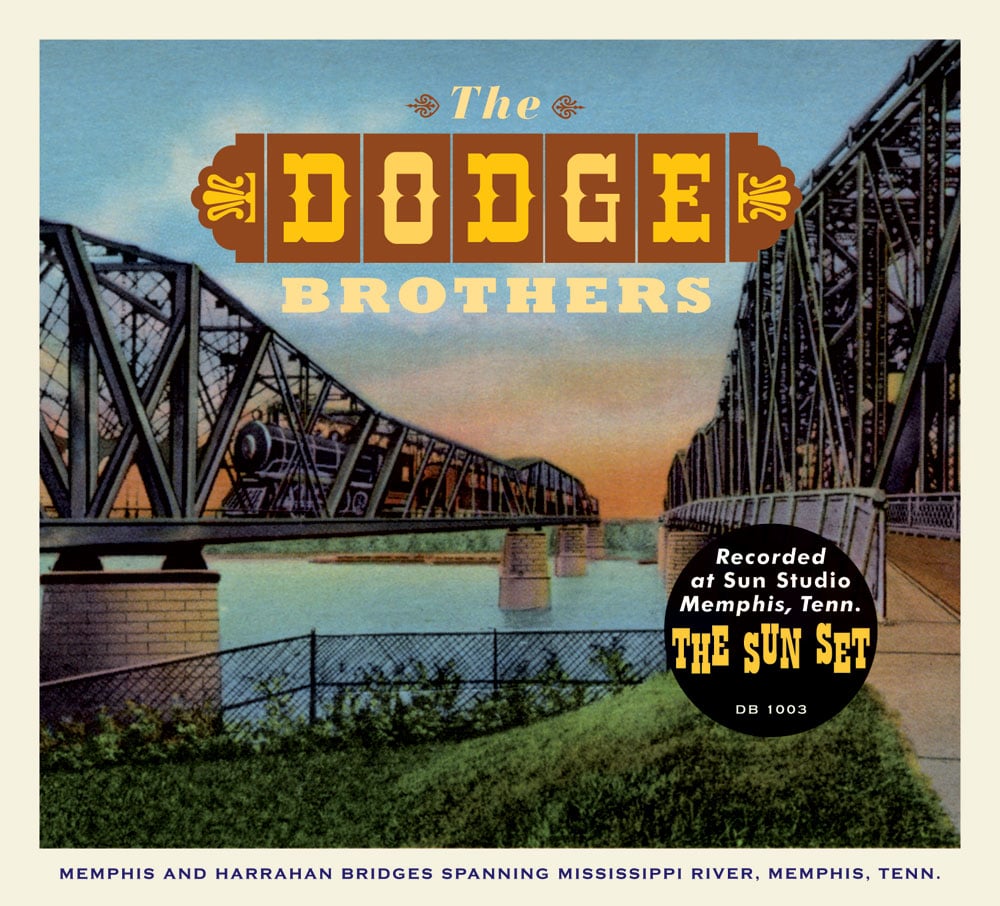 The album was recorded over two nights at the legendary Sun Studio, Memphis, Tennessee, the birth-place of rock’n’roll using old-school techniques which date back to the original recordings of Elvis, Little Junior Parker, and Jerry Lee; open mikes, no headphones, no separation, with instruments, percussion and vocals all recorded live in single takes. The first two tracks on the album are mono recordings taken directly from the mixing desk on the night of performance with no post-production. The rest of the album is in ultra-modern ‘stereo’ (which we hear is very popular with young people) and was mixed at Sun Studio by Mr Ross-Spang using the analogue filters, valve amps and tape echoes which have so long contributed to the unique ‘Sun Sound’.

by The Dodge Brothers